You are here: Home / Blog / Innovations That Have Changed the International Monetary System – Money Transfers and More

Both as a commodity and an institution, money has taken many forms and appearances over the centuries. From the barter system to modern day money transfers, moving over time and space, unprecedented advancements have changed the very foundation of life on earth.

Given that money is at the very core of all our activity, wherever you work and whatever you do, it has such a crucial impact on everyday life and activity. Understanding how this has come to be and the innovations that have led to this are, therefore, incredibly fascinating. 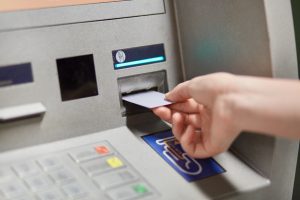 Our blog this week takes a look that innovations that have changed the way money works and how it is used in the present age. Take a look below!

The earliest form of currency was, in all likelihood, the barter system that dominated local economies.

While the system flourished for a period of time, it wasn’t long before civilisations realised that barter had the potential to restrict the development of trade and the economy, overall. The earliest variants of what we consider to be money, came in the form of a receipt, representing grain stored at granaries in ancient Mesopotamia. During its formative years, currency took the form of metals which symbolised the valued stored in terms of commodities. The first coinage is often traced to Lydia, present-day Turkey.

It took many centuries before coin and other rough metal really gave way to paper money. Its emergence is generally traced to premodern China; a telling indication of their economic dominance, even in the books of history. This process took a gradual pace, lasting between the years 618-1279. In Europe, paper money only really took hold with the printing of the first banknotes in Sweden in 1661.

Many sources indicate that the first debit card emerged in the 1970s in the United States. Issued by the First National bank of Seattle to loyal customers with a long history with the bank, the concept quickly took hold thereafter. In the US alone, nationwide debit systems and credit card infrastructure took place throughout the 1980s, and by 1998 debit card usage outnumbered cheque usage, around the world.

Credit cards, on the other hand, have little more of a deeper history. From as early as 1887, this facility entered human imagination through Edward Bellamy’s novel, Looking Backwards.

Thereafter, from all the way to the 20th Century, the concept gradually developed; beginning with charge coins leading up to Charga-Plate, a card issued by departmental stores, that contained charge slips with customer information. With the development of other innovations such as the Air Travel Card in 1934, it was only in 1958 that a successful revolving credit financial system was established. Pioneered by the Bank of America, the modern variation of the credit card finally emerged.

Originating in 1967, the Automated Teller Machine (ATM) revolutionised how humans interacted with their banks and their money. By making the withdrawal of cash a more convenient exercise, it is undeniable to say that these facilitated the growth of the economy through increased consumerism. With cardless withdrawals and cash deposit ATMs now bursting onto the financial scene, it is clear that these devices are still only growing in their functionality.

In ancient times, as international economies grew, the need to exchange money across geographies grew more important. As a solution, the Indians, Chinese and the Hundi came up with what was known as ‘flying money.’ Many centuries thereafter, electronic fund transfers emerged as the dominant way of making money transfers. As international migration increased, technology advanced, and the demands of the international financial system developed more efficient and cost-effective ways of making money transfers emerged. Companies such as Ceylon Exchange, now use a variety of methods to assist customers to send money abroad with ease.

While other developments have influenced the way the international monetary system works, the factors set out above have proved to be among the most significant. Nowadays, while we deem the form of currency we use to be at its final, most advanced stage of development, time and history have shown us that we may only be at the beginning of many changes to come.

At Ceylon Exchange, we do money transfers the right way. Contact us today for cost-efficient transfer services that start as low as $8!